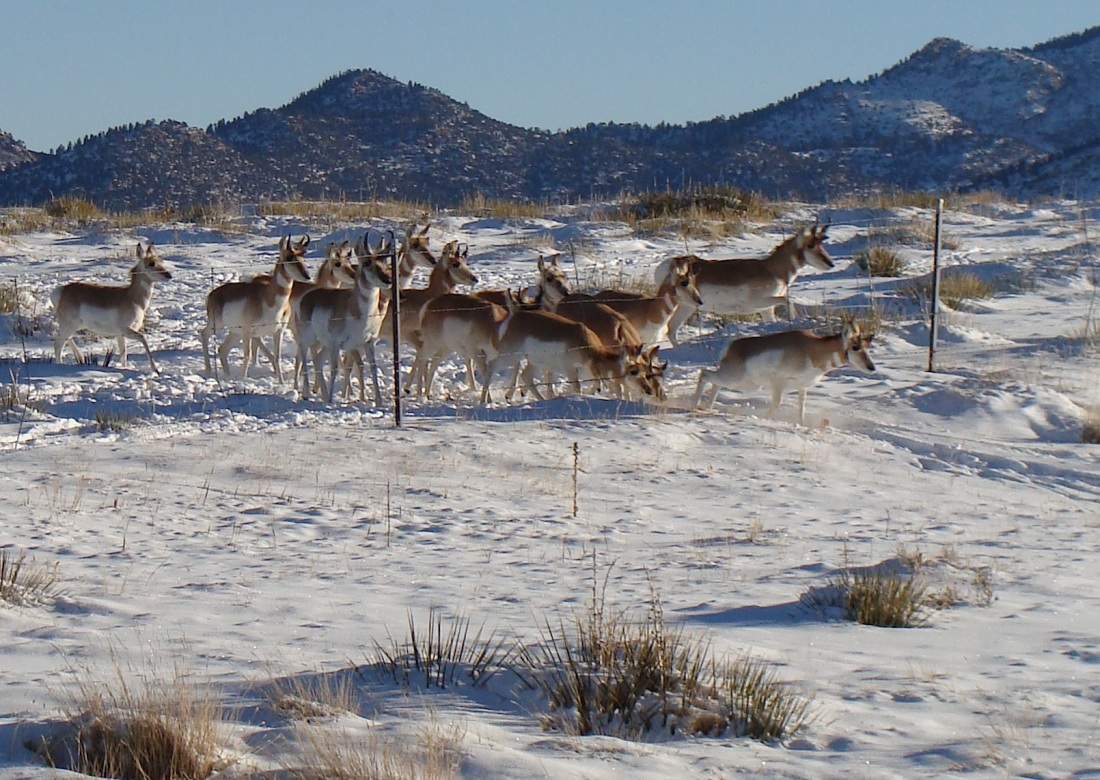 A band of pronghorns (Merriam-Webster says the plural can be either pronghorn or pronghorns, and, really, who cares?) lines up to cross Colorado 96 east of Westcliffe Thursday morning. Pronghorns prefer to slip underneath fences rather than jump over them. However, I have seen pronghorns clear barb-wire fences at a dead run, vaulting with a long and flat trajectory rather than bounding over as deer normally do.

View all posts by Hal Walter